For over a decade the Australian education system has followed in the footsteps of the US and UK by placing an emphasis on large-scale testing. Through the introduction of the National Assessment Program – Literacy and Numeracy (NAPLAN), schools have become accountable for lifting student performance and overall test scores. But what is the cost of high stakes assessment?

A snapshot of NAPLAN

In 2008 Australia adopted the high stakes standardised testing regime, promising every child a world-class education. Since then, students in Years 3, 5, 7 and 9 have been assessed in reading, writing, language conventions and numeracy, using national tests conducted on the same day each year. The annual test is designed to track an individual student’s progress compared to the national average. It’s built on the notion of competition. The NAPLAN tests also place schools on a performance league table – naming winners and losers – with funding implications. 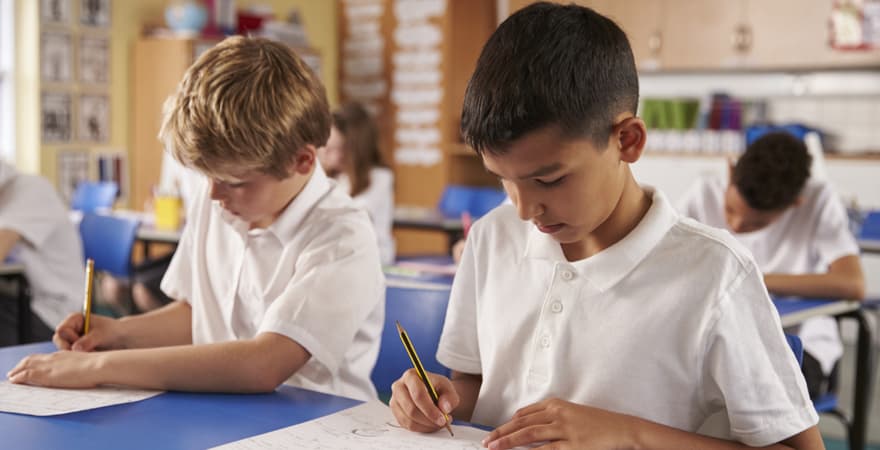 While a good dose of competition can be a healthy motivator, Finnish Educator Pasi Sahlberg argues that this idea of championing high stakes testing is now part of a disease-like competition-based system which he calls, the Global Education Reform Movement, aka GERM.

According to Mr Sahlberg, “the Global Education Reform Movement is like an epidemic that spreads and infects education systems through a virus. As a consequence, schools get ill, teachers don’t feel well, and kids learn less.”

In Mr Sahlberg’s analysis of GERM – which is the seed for high stakes testing like NAPLAN – he explains that this contagion pits teachers and schools against each other.

Edith Cowan University’s (ECU) Master of Education, Leading Education specialisation Course Coordinator Dr Christine Cunningham elaborates on this idea. She says, “One of the key factors of GERM is that schools think of themselves as competitive entities in an economic market.”

Teaching to test: the race to the top

With competition as the focus, for many Australian schools’ high stakes testing has become the end goal, rather than the measure of student learning. According to the Australian Primary Schools Association (APPA), as standardised test results have become the indicators of school and student performance, the focus of teachers has shifted towards preparing students for the test. APPA states that this has had implications for teacher instruction and decision-making, and overall learning quality.

International research also shows that the push towards a steadier diet of test preparation and prescriptive learning has been at the expense of the curriculum, which has narrowed. ECU’s Dr Christine Cunningham explains that, “GERM advocates for test-based accountability, where schools mainly focus on literacy and numeracy, rather than the whole curriculum.” This has meant that teachers teach only what is tested, and the consequence has been the neglect of areas such as art, music, science and sport.

According to Pasi Sahlberg, the Finnish education system is immune to the trappings of GERM and puts teacher responsibility ahead of accountability, and individualised learning ahead of competitive evaluation. Rather than focusing on high stakes testing, he says the Finnish education system places emphasis on encouraging creativity and problem-solving skills. Mr Sahlberg argues that “if you have standardised testing, you cannot expect anything but a failure.”

Competition can compound the disadvantage

The high stakes testing culture in Australia has not translated into better outcomes. In fact, figures show that there’s a growing achievement gap across Australia’s schools. A 2016 research paper from the Centre for Policy Development confirms that differences in socio-economic factors and ethnicity are creating a chasm in students learning outcomes. So, determinants such as poverty, geography and whether English is a second language play a vital role in student success.

This inequity across our education system will only continue to rise according to the Grattan Institute’s analysis of NAPLAN. The report states that ‘even when capabilities are similar in Year 3, disadvantaged students fall between 12 months and 21 months behind more advantaged students by Year 9.’

The fact that disadvantaged students fall further behind with each school year is most visible in the results of Indigenous school students. The Grattan Institute report shows that by year 9, Indigenous students living in very remote areas are between 5 to 8 years behind in reading, writing and numeracy.

The psychology of high stakes testing

Finnish Educator Pasi Sahlberg equates standardised high stakes testing to asking an elephant, a monkey and a goldfish to climb a tree. Clearly, the goldfish is at an obvious disadvantage. This example is intended to draw attention to the fact that students come from a diversity of backgrounds and have individual learning needs. It also illustrates the point that high stakes testing can have a negative impact on student well-being.

Just as the tests are high stakes, they can also be high stress. By assuming certain levels of standardised achievement in different year levels, high stakes testing puts students under the microscope, and they are evaluated like they are all the same organism. However, this approach is having adverse consequences.

A study by the Whitlam Institute found that the high stakes testing was causing high levels of anxiety. The pressure to perform and compete is having a detrimental effect on the mindset of some students. In worst cases, the possibility of publicly failing has caused vomiting, sleeplessness and migraines. 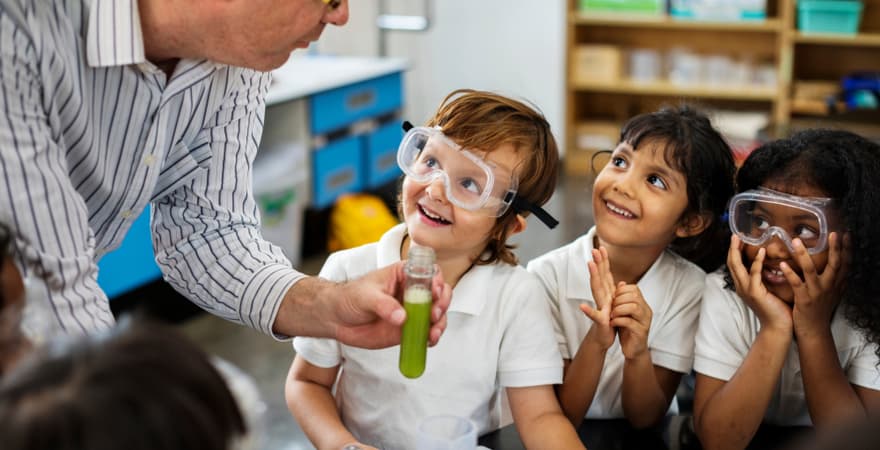 What can we learn from Finland’s education system?

Under the high stakes testing regime, teachers and schools are expected to lift their game but push aside their own professional knowledge and judgement through standardisation. In comparison, the Finnish education system commits to professional autonomy. In fact, the government of Finland invests 30 times more in the professional development of its teachers, rather than putting that money into performance testing. According to the World Economic Forum, Finland not only has one of the world’s best education systems – by investing in its teachers it has also elevated teaching to one of the most revered professions in the country.

A degree that grows educational expertise

Learn about this topic and more with the Master of Education, Leading Education specialisation.